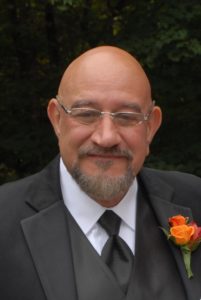 Dr. Bruce Kornhaber began his professional life as a Musician and Comedy Writer. Born in Brooklyn, New York, a chaotic city of different cultures, he became intrigued with the behavior of those around him. Yet it wasn’t until he was drafted into the Army in 1968 at the height of the Vietnam War that he found a vehicle to express his interest in helping people directly, instead of through abstract absurdity to provoke laughter, or playing Jazz for smiles.  He became a Chaplain's Assistant at Brooke General Hospital, Fort Sam Houston, Texas. He was trained in convalescent counseling to help support returning injured soldiers and their families.  That experience changed his life's direction and influenced him to return to school after being discharged in 1970. His goal was to get formal training in what he had learned in the military about being a caregiver and change agent, as well as get the approval of his wife and best friend, Kathy (Brains).

In 1975 Dr. Kornhaber developed the nationally recognized Delinquency Prevention and De-institutionalization program, ”Let A Kid,”  in Calumet City, Illinois. In 1977 and 1978 he was the Senior Consultant and Mental Health Community Educator for Tri City Mental Health Clinic’s in Hammond, Whiting, Highland Park, Merriville and East Chicago, Indiana. His role with the Clinic as a community psychologist was to develop and deliver community based programs with Dr. Judith Kramer. Their work helped to empower politically and financially disenfranchised families, and provide them access to social services.

Using his own protocol of treatment known as Functional Therapy, Dr. Kornhaber has also created an out-patient Community Counseling and Wellness approach to private practice. Through providing a Clinic Without Walls for exceptional professional therapists he founded  Associated Counseling and Wellness Centers. This is where creative human service professionals can provide affordable human services to people who are in need of them.